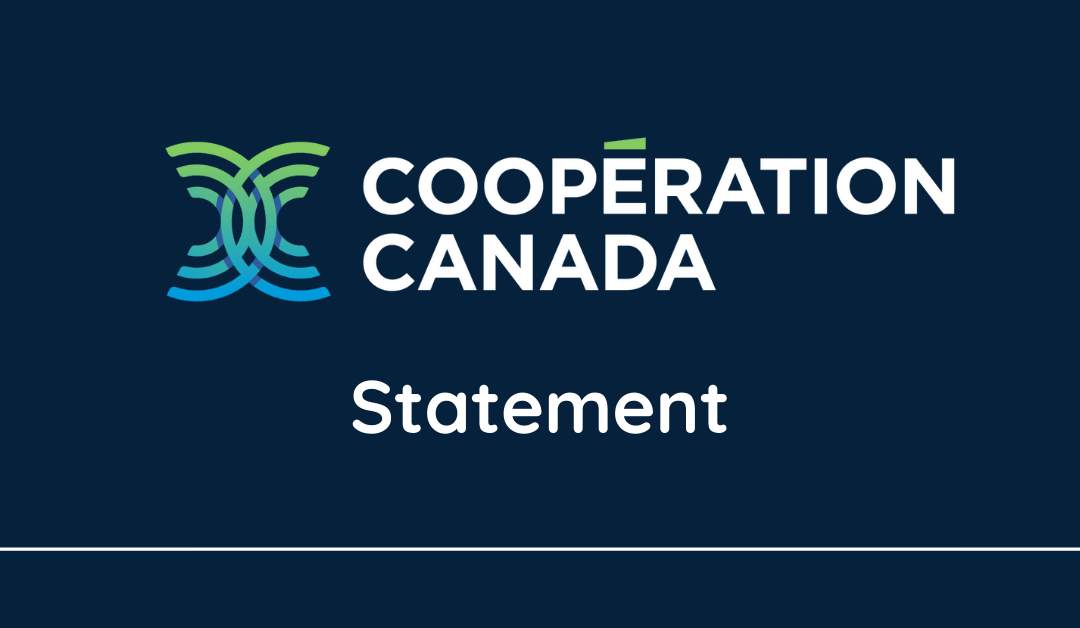 With the Budget Implementation Act (Bill C-19) receiving royal assent on June 23, 2022, Cooperation Canada and its members are pleased to see that the clauses regarding the charitable sector address some of the concerns raised by Canadian charities and equity-seeking organizations working with non-charities at home and abroad.

For years, the charitable sector had been calling to remove from the Income Tax Act the “own activities” requirement, a legal fiction that entrenched colonial and paternalistic relationships between charities and non-registered organizations they seek to partner with. Bill S-216, the Effective and Accountable Charities Act, passed the Senate under the leadership of Senator Ratna Omidvar as a response to concerns expressed by practitioners in the charitable and international development sectors, before being tabled in the House of Commons. Cooperation Canada and others in the Canadian charitable sector welcomed the Canadian government’s support for Bill S-216, a commitment of the April 2022 federal budget, but were concerned with the language included in Bill C-19 later tabled.  Specifically, we were concerned that the proposed changes did not reflect the “spirit of Bill S-216,”, and could further prevent Canadian charities from achieving more equitable partnerships with non-charities in Canada and abroad. In the weeks that followed, a broad cross-section of the Canadian charitable sector engaged with government officials and members of Parliament to request amendments to Bill C-19. The current language in the Budget Implementation Act Bill is a testament to compelling and coordinated advocacy by the Canadian charitable sector, and the government’s willingness to listen and attend to the sector’s concerns.

This positive change in legislation is also an encouraging sign for the steps ahead. Cooperation Canada and its members are eager to collaborate with the government and the Canada Revenue Agency in developing the revised guidance documents that would allow Canadian charities to best achieve their charitable purpose at home and abroad. The advocacy work is not over, but good progress has been made in reforming Canada’s outdated charity legislation.  This should support Canadian charities, including Canadian international development and humanitarian organizations, advance more equitable partnerships in their work around the world.