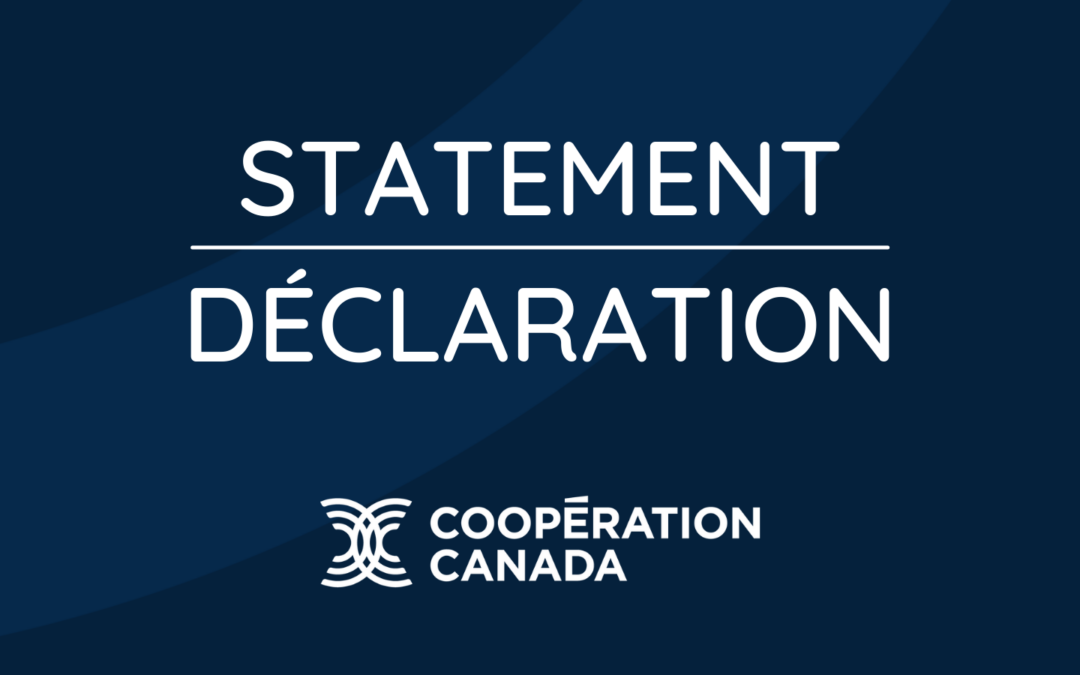 Cooperation Canada urges Canada and the international community to mobilize all the necessary resources to address the human rights crisis in Afghanistan. Following the expedited withdrawal of American and NATO forces after 20 years of military intervention in the country, the Taliban have swiftly taken over major cities across Afghanistan, resulting in the collapse of the Afghan Government. Civilians, including human rights defenders and humanitarian workers, who had supported Canadian and other international actors are now disproportionately targeted, with the safety and security of their families on the line.

The people of Afghanistan have endured conflict for over four decades. Countless Afghan civilians, human rights defenders, humanitarians, diplomats, politicians, members of international militaries, and volunteers have lost their lives. The situation is deteriorating by the minute, with the local population abandoned as international actors evacuate the country.

In this time of conflict and insecurity, many are fleeing the country and seeking asylum to ensure the basic safety of their families. Canada has committed to resettle 20,000 refugees and has also promised to evacuate Afghans who have worked alongside Canadians in Afghanistan. Among these, civil society leaders and human rights defenders must not be forgotten. Women’s rights activists and journalists, as well as their families, are facing a disproportionate safety risk – one that Canada as a feminist actor must address.

After decades of interventions in Afghanistan, Canada and its NATO allies have a responsibility to contribute to a constructive resolution of this crisis, to preserve civilian lives, and uphold core human rights. Recognizing the very real constraints of this volatile crisis, we urge Canada, as a respected global actor, to support global coordination that prioritizes the lives of Afghan civilians whose safety and security are in the balance. 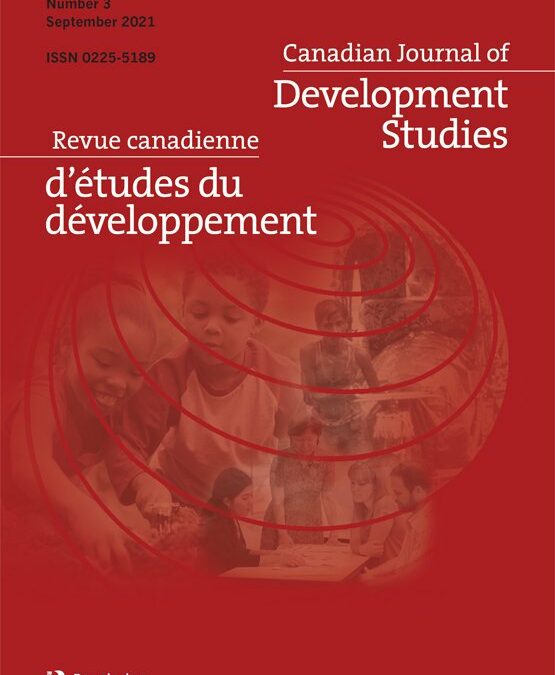 Next Generation: A special issue of the Canadian Journal of Development Studies coming out from a collaboration between Cooperation Canada and CASID

We are pleased to announce the publication of a special issue of the Canadian Journal of Development Studies, entitled Next Generation of Knowledge Partnerships for Global Development, dedicated to a collaboration between Cooperation Canada and the Canadian Association for the Study of International Development (CASID). The Next-generation models for Canadian collaboration in international development project (2017-2020, henceforth NextGen) was funded through the IDRC Foundations for Innovation program.

This special issue, co-edited by Andréanne Martel, Fraser Reilly-King, and Bipasha Baruah, grew out of the NextGen initiative. It documents NextGen findings and taps into different models and experiences of collaboration between practitioners and scholars in the global development sector in Canada and abroad. An introduction to the issue was also published last year. 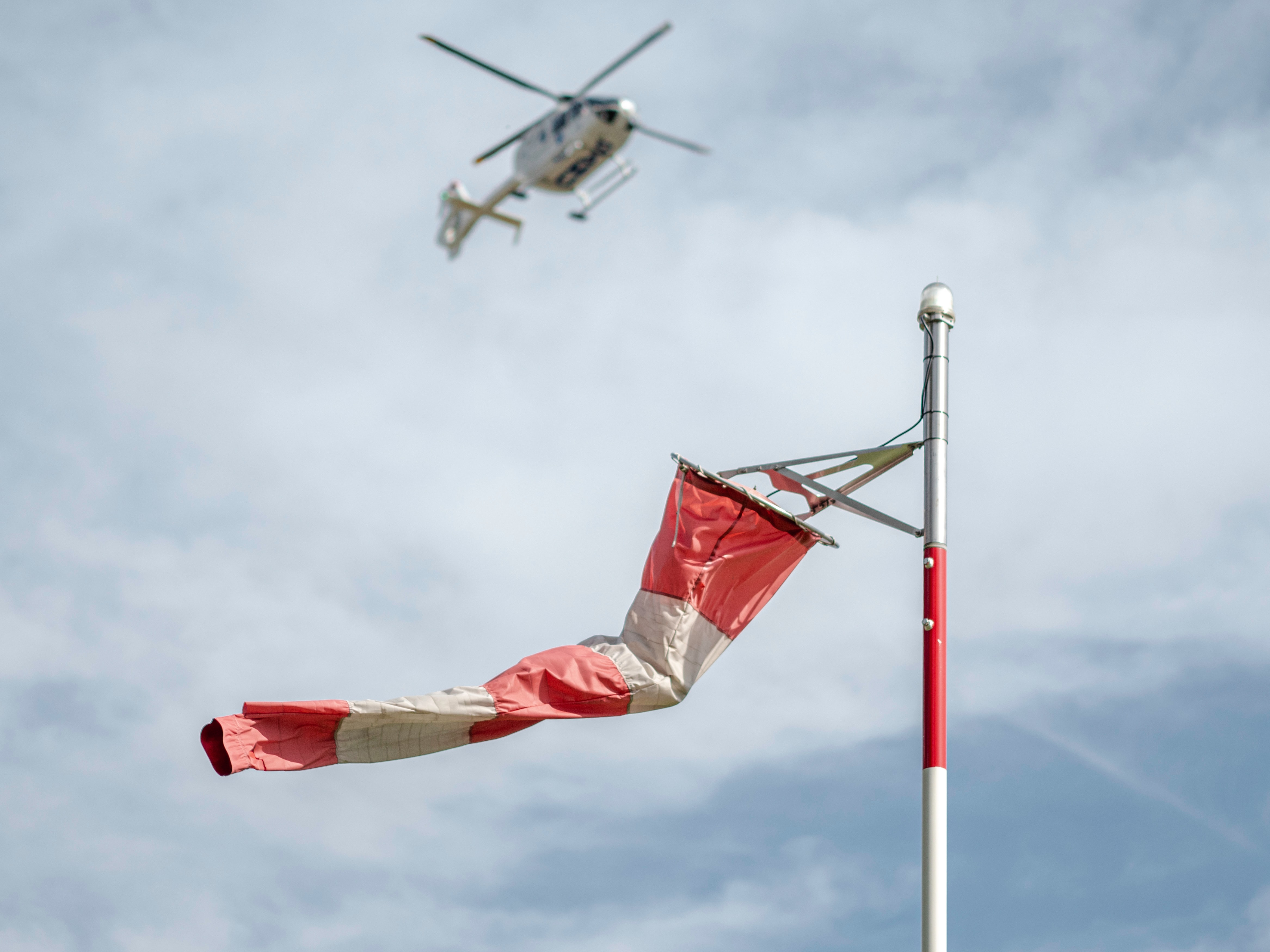 Cooperation Canada, CanWaCH and the Humanitarian Coalition applaud the Government of Canada’s early response to avert the looming famine catastrophe

Today, the Government of Canada announced the allocation of $155 million CAD to support countries at the brink of famine. This decision is critical: right now, 11 people are dying every minute due to hunger and 41 million people are at risk of starvation. By acting now, before famine is declared, the Government is helping to prevent a catastrophe.

This funding will be urgently disbursed across multilateral and civil society organizations for countries designated as most at risk by the international community. Decades of evidence have shown that the best humanitarian responses are early responses. Today’s decision reflects Canada’s commitments to humanitarian principles and international solidarity.

Today’s announcement builds on commitments made at the G7 Summit in June, when global leaders pledged $8.5 billion towards famine prevention. The urgency of this funding is key: acting before a famine is declared is a humanitarian imperative. When famine is officially announced, it means that 30% of children are already suffering from malnutrition so acute they will either die or face life-long health consequences. Famine also drives conflict, worsens health crises and gender inequality while obliterating generations of investments in livestock, fisheries, and communities’ self-sufficiency.

Canada is reacting now; before waiting on UN appeals and media moments – showing resolute action that reflects the values of Canada’s Feminist International Assistance Policy. The looming famine crisis is far from over – and women, adolescents and children will continue to be disproportionately affected. We call on Canada to continue to closely monitor the situation and scale up its response in an urgent, predictable, and equitable way, as it has done today.