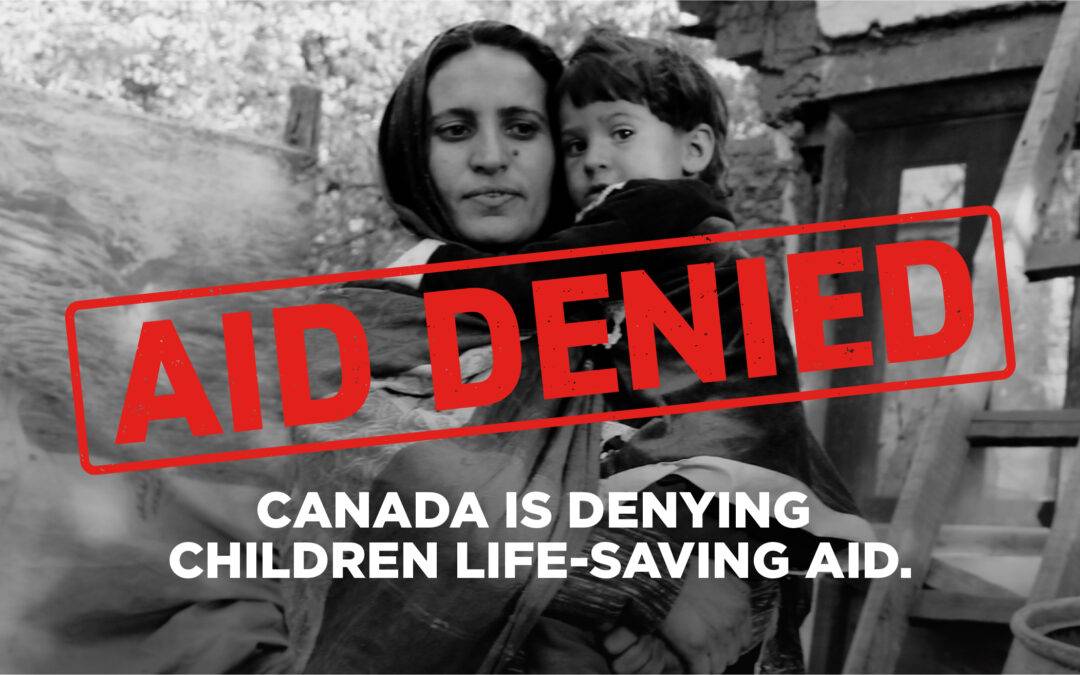 Following the retreat of NATO forces and the subsequent Taliban takeover of Afghanistan one year ago, living conditions have deteriorated for people in Afghanistan. In part, the current humanitarian crisis stems from long-standing issues: natural disasters, climate change, conflict, and bad governance. Taliban rule is clearly having a profound impact, with catastrophic consequences for women and children, many of whom continue to courageously defy authority and fight for their rights. On top of this, and in the context of a global hunger crisis, international sanctions placed on Afghanistan are playing a role in pushing many Afghan families to the brink of starvation. Afghanistan is on the verge of a catastrophic famine and millions of lives are at stake.

International sanctions should not criminalize humanitarian assistance. In line with international consensus that individuals and entities associated with the Taliban are a threat to the peace, stability and security of Afghanistan, Canada’s anti-terror legislation prevents any payment to the Taliban for operations or taxation. This is because this is perceived as support to a terrorist organization. The problem is that barring such transactions, which are necessary to provide humanitarian assistance in Afghanistan, means that many Canadian organizations have been forced to delay or abandon life-saving humanitarian aid delivery in Afghanistan, as they fear prosecution by the Canadian government.

Canada is maintaining harmful sanctions despite more than 24 million people in Afghanistan requiring immediate humanitarian assistance. Soon after the Taliban takeover, the international community recognized that sanctions were badly hurting Afghan families. As such, the United Nations passed a resolution that called for UN member states to adjust their domestic regulations to make humanitarian exceptions to sanctions against the Taliban (Resolution 2615). Many of Canada’s allies – including Australia, the EU, the UK, and the US – followed suit, adopting exemption measures that enables humanitarian agencies to continue their operations in Afghanistan without the real risk of criminal prosecution. Canada has not.

After investing almost four billion dollars in Afghanistan in humanitarian assistance between 2001 and 2021, Canada’s inaction in removing legislative barriers threatens to reverse the gains achieved during this time. Impeding the ability for Canadian humanitarian agencies to provide critical services is not in Canada’s best interest. Worst, it signals a lack of political will and tunnel vision in international leadership.