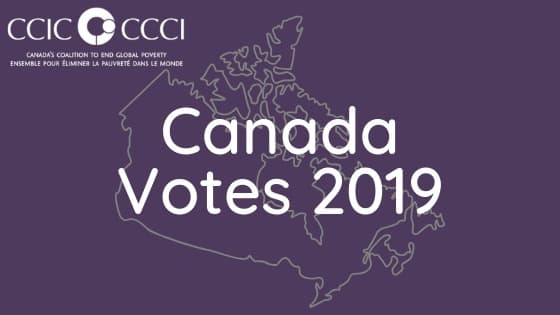 OTTAWA, ON – Following significant Canadian announcements to support global aid over the last two months, the Canadian Council for International Co-operation (CCIC) is providing this advisory to share its analysis of Canadian aid by the numbers.

Even with the federal Budget commitments of 2018, Canada’s international development assistance lags behind its fair share among OECD countries. The country’s current ratio of Official Development Assistance (ODA) to Gross National Income (GNI) is 0.28% according to the OECD – below the OECD average of 0.31% and below the previous government’s average of 0.30%. Announcements made this summer (see factsheet) were well received by Canadian stakeholders, including CCIC, but do not change these calculations.

The many OECD countries outperforming Canada’s commitments to ODA are led by governments situated throughout the political spectrum.  This includes the centre-right governments in Canada’s two competitor countries for a UN Security Council seat in 2021: Ireland and Norway.  Both have either surpassed or committed to reaching the globally agreed ODA target of 0.7% of GNI.

For more facts on Canadian Aid consult the factsheet.

Quotes from Nicolas Moyer, CEO of the Canadian Council for International Co-operation

“Based on relative ODA contributions, Canada is not ‘back’.  Compared to its peers in the OECD, it’s at the back of the pack.”

“Canada’s international development assistance is well below the country’s historical performance. In fact, the current government will have the lowest average of any government in fifty years; since record-keeping began.”

“ODA is not partisan. Whichever party wins the coming federal elections, Canada can and must do more to defend and embody Canadian values. It’s only fair. And it’s also smart. A fairer, more sustainable, and safer world is one in which Canada can maximize its global influence and impact. It is also a world in which Canadians and Canadian businesses can prosper.”

About the Canadian Council for International Co-operation (CCIC)

The Canadian Council for International Co-operation (CCIC) is Canada’s national association representing international development and humanitarian organizations. Together with our member organizations, CCIC seeks to end global poverty and to promote social justice and human dignity for all. CCIC is committed to making this goal a public priority and to encouraging the actions necessary to make a poverty-free world a reality.

CCIC will survey leaders of federal political parties on their positions regarding international co-operation issues. Results of the survey will be available on our site here.