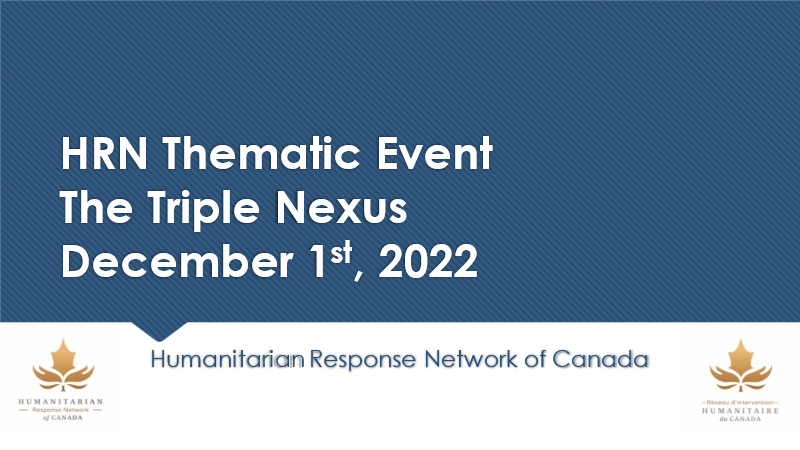 As part of the increasing needs to respond to the realities on-the-ground, there have been calls for sectoral reforms to work toward a more holistic approach to delivering aid. Indeed, the humanitarian-development-peace nexus, or triple nexus, drives the different branches to work collaboratively toward the same goal, instead of working in silos. Following an Organisation for Economic Co-operation and Development-Development Assistance Committee (OECD-DAC) recommendation on the humanitarian-development-peace nexus in 2019, Canada has placed the triple nexus as a priority.

In this regard, the Humanitarian Response Network (HRN) held a thematic event on December 1st on the topic of the triple nexus. The online event welcomed around 75 participants from a variety of backgrounds, including NGO, academia, and public sectors. The event started off with a session conceptualizing the nexus, then dove into more practical aspects of how to operationalize it. The participants were able to get a better understanding of the triple nexus by following case studies, such as how Mercy Corps integrates tools from all three branches of the nexus into their programming in Ethiopia. Given the amount of knowledge and expertise at the event, the day then proceeded with the sharing of experiences and lessons learned in smaller groups, and finally ended with an update from Global Affairs Canada (GAC). Throughout the day, there were also some good networking opportunities, giving the participants a chance to informally build relationship with colleagues from the sector and the government.

In each session, panelists provided useful insights into the benefits of the nexus. Emphasis was placed on the way that the triple nexus builds community resilience by putting the beneficiary at the center. Discussions also gave prominence to the need for flexibility and how concepts like crisis modifiers contribute to adapting to events that are out of our control. In fact, seeing the complexity of how issues and crises are interconnected, adaptability is a crucial element. Aid is meant to change the paradigm, and the nexus is a structure to achieve this goal.

This event was an excellent opportunity for the sector to use this line of communication to better engage with GAC. During their portion of the day, representatives from GAC provided an update on their triple nexus progressive integration workplan, dividing it between three task teams: strategic, operational, and functional. Also mentioned was the challenge of scaling up triple nexus programming from personality driven successes that are geographically confined, to executing the triple nexus across the board.

As GAC continues moving towards a fully integrated triple nexus approach, Cooperation Canada hopes to see donors provide clear directions. This includes flexibility in funding to meet local communities needs and capacity, while the implementing actors adjust their activities towards an integrated approach involving and putting local communities as the central pillar of their intervention. 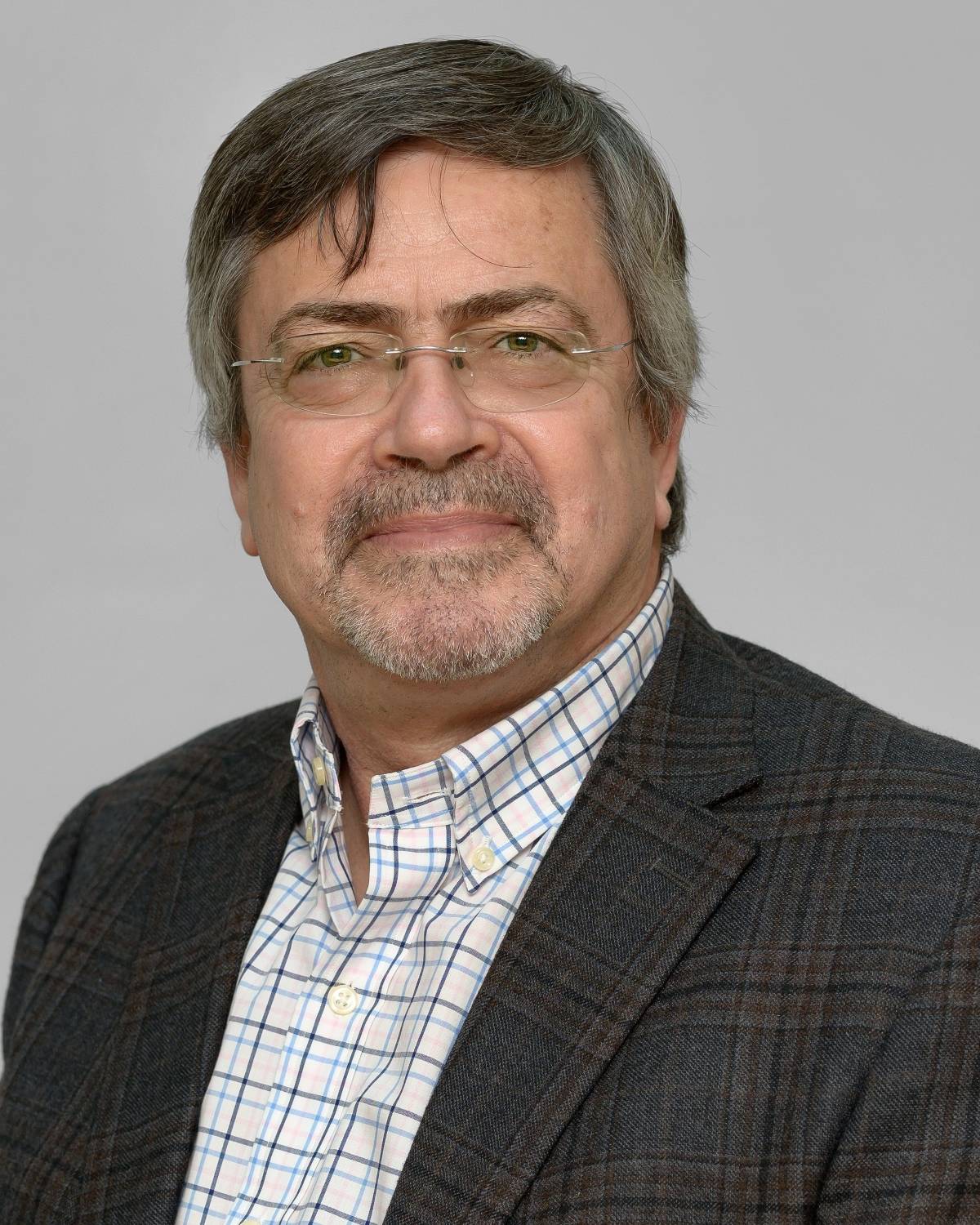 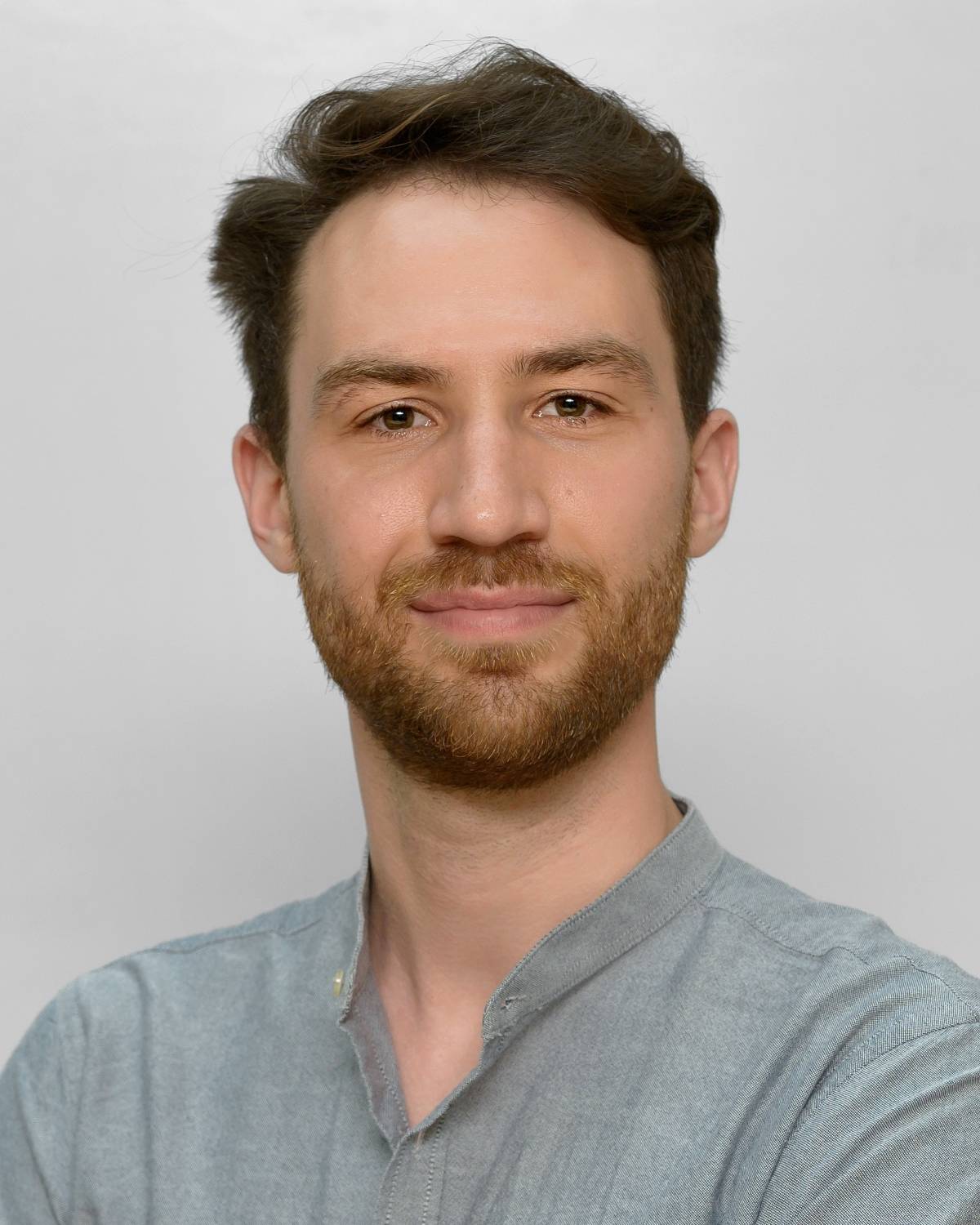