Deepening democracy in the Democratic Republic of the Congo 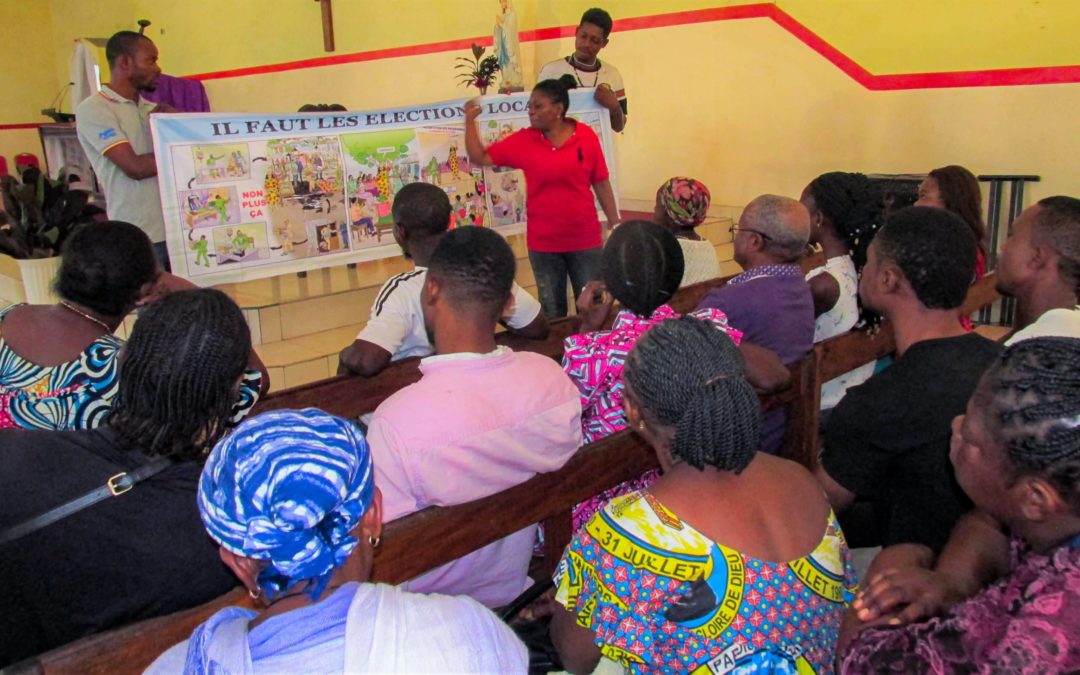 For International Development Week 2020, we are showcasing the impact that our member organizations are having around the world. This blog post from Development and Peace is the second in a special series. Make sure to read it and share it with your network!

After decades of civil war and political turmoil, the people of the Democratic Republic of the Congo were hoping for an orderly transfer of power through elections scheduled for November 2016. Well before then, Development and Peace — Caritas Canada’s long-time partner, the National Episcopal Conference of the Congo (CENCO), had realized that attaining and sustaining true democracy would require an empowered citizenry.

To that end, Development and Peace and CENCO, with a generous grant of $9.778 million from Global Affairs Canada, launched an ambitious civic and electoral education project in the Democratic Republic of the Congo in early 2016.

Over a two-year period, the project organized five national campaigns whose highlights included:

In 2018, when elections were finally held after several delays, the 10,000 facilitators deployed as observers at polling stations nationwide. By monitoring the elections and encouraging people to vote, they helped bring about a long-awaited democratic change of guard.

Currently, the project is mobilizing people to demand local-level elections to counter the undemocratic tendency to appoint local officials by federal patronage. Signed by 2 million citizens, the petition for this demand is already the largest in Congolese history. Additional workshops are sensitizing people to the need to overcome tribalism, reject violence and encourage women to vie for political office. To secure a democratic future, the project is pilot testing new civic and moral education textbooks in 500 classrooms.

By fostering equitable democratic participation, Development and Peace and CENCO have advanced the sustainable development goals of Peace, Justice and Strong Institutions and Gender Equality in the Democratic Republic of the Congo. The citizenry now knows its rights better; understands the power of peaceful, cooperative action; is likelier to support women; and is more able and willing to hold power to account.

ABOUT DEVELOPMENT AND PEACE

Development and Peace – Caritas Canada is the official international development organization of the Catholic Church in Canada. It works in partnership with local organizations in over 30 countries in Africa, Asia, Latin American and the Middle East to create greater justice in the world and to act in solidarity with the most vulnerable.