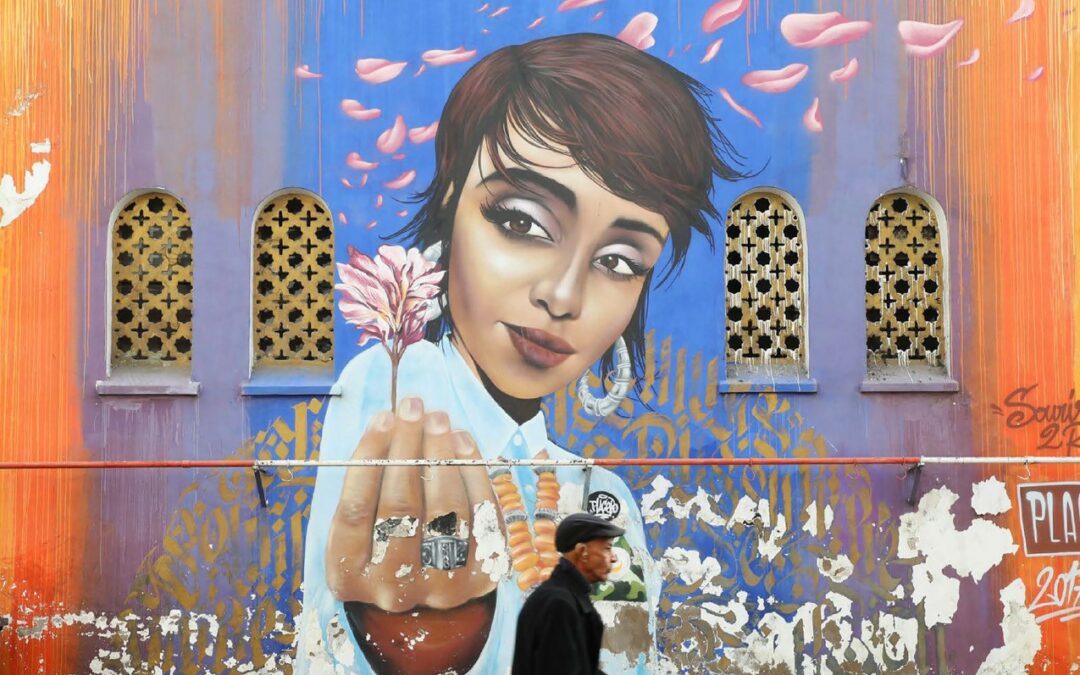 The Progressing National SDGs Implementation report provides an independent analysis of reporting by United Nations Member States to the High-level Political Forum on Sustainable Development (HLPF). Supported by a coalition of civil society organizations from around the world and prepared by Cooperation Canada, the report examines the current status of 2030 Agenda implementation, unpacks trends in reporting and identifies good practice.

This report, the sixth edition of Progressing National SDGs Implementation, aims to provide useful insights and recommendations to inform these discussions and help guide improved implementation and reporting. The review of the 42 VNR reports submitted to the HLPF in 2021, as well as the analysis of 17 VNR-related civil society reports, show both positive and concerning trends. The report covers all aspects of 2030 Agenda implementation through an examination of governance arrangements, institutional mechanisms and stakeholder engagement, policies, means of implementation, and reporting. Key findings, good practice case studies, emerging best practices and recommendations are presented throughout this edition.

-Civil society validity check on p. 32 – information attributed to Norway should be instead attributed to Denmark, based on a spotlight report prepared by the Danish 92 Group and Global Focus.

-Civil society validity check on p. 38 – in the report we read “Barwaqo Hussein, LNOB representative”, but the correct title should be “Bawarqo Hussein, representative of the Danish LNOB-coalition.” 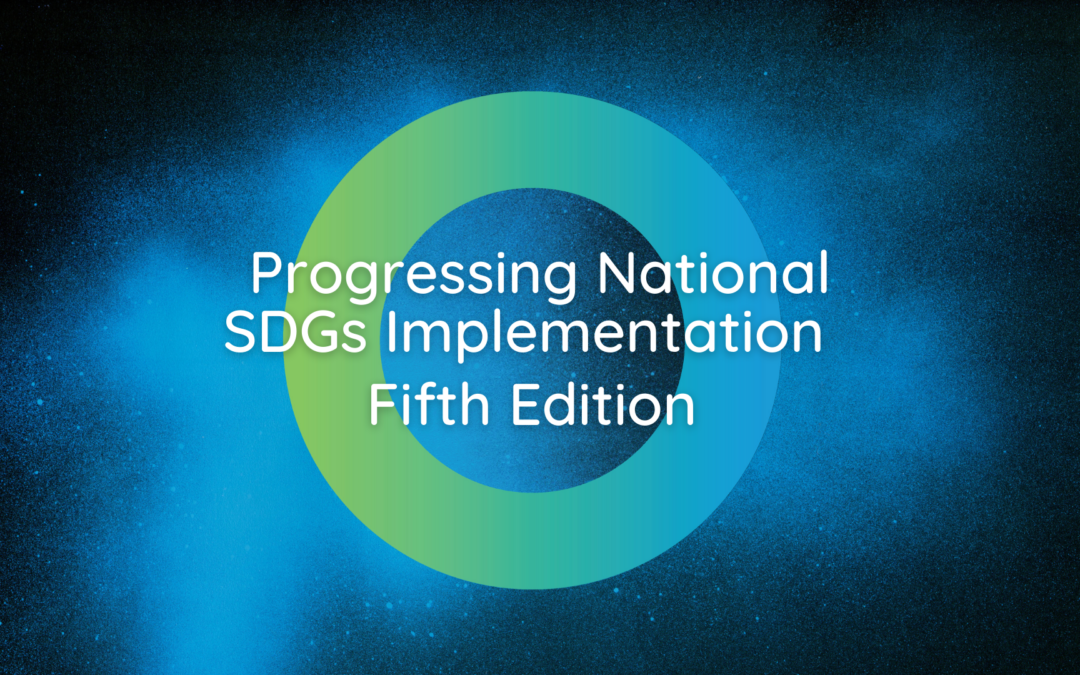 The Progressing National SDGs Implementation report provides an independent analysis of reporting by United Nations Member States to the High-level Political Forum on Sustainable Development (HLPF). Supported by a coalition of civil society organizations from around the world and prepared by Cooperation Canada, the report examines the current status of 2030 Agenda implementation, unpacks trends in reporting and identifies good practice.

The fifth edition of the report (2020) showcases positive trends with respect to reporting on partnerships, including the role played by civil society, and policy coherence. However, it also underlines the continued silence by Member States in Voluntary National Review reports on closing of the civic space, as well as the lack of reference to national accountability mechanisms. Moreover, this year’s report discusses the impacts of the COVID-19 pandemic on overall implementation of the sustainable development goals (SDGs).

The interactive, global launch webinar (March 31st, 2021) outlined key findings from the report, offered reflections from representatives from governments, the United Nations, and global and national civil society organizations on the findings and reporting experiences. Moreover, participants provided insights on opportunities for engagement by civil society and other stakeholders at the HLFP and in VNR processes in 2021. 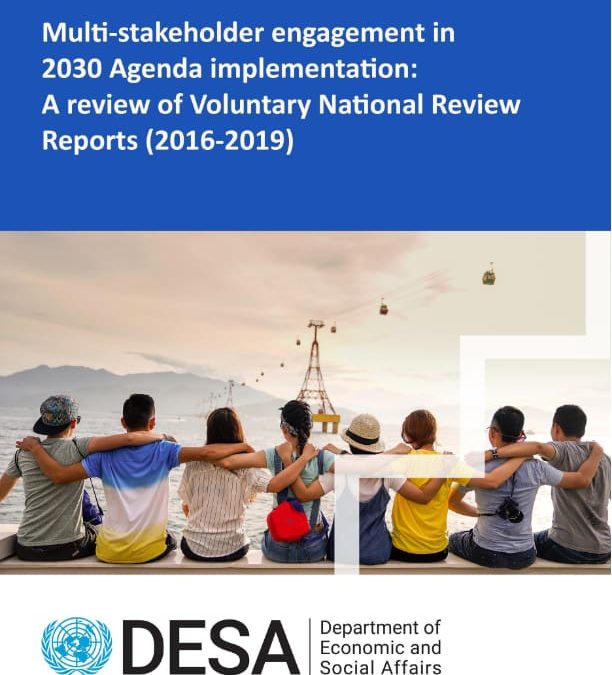 “Progressing National SDGs Implementation” is the fourth in a regular series of reports commissioned by civil society. The report provides an independent analysis of the 47 English, French, Spanish, Russian and Arabic Voluntary National Review (VNR) reports submitted in 2019 to the UN’s High-Level Political Forum on Sustainable Development (HLPF).

Prepared by the Canadian Council for International Co-operation, the report identifies ten key pillars that we believe are essential to the effective implementation of the 2030 Agenda for Sustainable Development. It also recognizes emerging good practice and sets out a range of conclusions and recommendations with respect to how countries can both improve their implementation of the Sustainable Development Goals (SDGs) and use the HLPF as an opportunity for mutual peer learning, knowledge exchange and support. Importantly, the review also provides a comparative assessment of how VNR reporting is evolving over time through a comparison of analysis of the VNRs in 2016, 2017 and 2018 with findings for 2019.

This year’s report showcases positive trends with respect to reporting on leaving no one behind and stakeholder engagement. However, it also underlines the continued silence by Member States in Voluntary National Review reports on closing of the civic space and discusses how this impacts the ability of all stakeholders to engage and implement the sustainable development goals.

Podcast: The Sustainable Development Goals and Canada’s National Strategy for the 2030 Agenda

In this episode of Development Unplugged, Nicolas Moyer, President and CEO of CCIC, hosts a conversation about the international Sustainable Development Goals (SDGs), the development of Canada’s National Strategy to address them and how civil society is engaging to meet these goals.

On May 15, 2019, the Government of Canada closed its two-month consultation on Canada’s 2030 Agenda National Strategy. Along with 192 other countries, Canada committed to the United Nations 2030 Agenda for Sustainable Development in 2015 — a bold vision to realize progress for prosperous and inclusive societies and environmental sustainability for people and the planet. The 2030 Agenda includes an ambitious set of 17 Sustainable Development Goals and is grounded in human rights, gender equality, inclusivity, participation, planetary boundaries and efforts to leave no one behind.

Over March to May 2019, the British Columbia Council for International Cooperation and the Canadian Council for International Co-operation partnered to prepare a series of policy briefs on Good Practice in 2030 Agenda Implementation to inform Canada’s national strategy. Based on this work, and broader participation in the consultation on the strategy, there are four key elements we expect to see in Canada’s draft 2030 Agenda National Strategy, set for release ahead of the summer.

1) Guidance on all aspects of 2030 Agenda implementation

With only 11 years left on the agenda, the national strategy will need to spell out all aspects of implementation with a particular focus on where and how the government will accelerate action. This means that the strategy will need to move beyond describing sustainable development priorities to include plans to raise awareness on an ongoing basis, engage non-state actors and diverse communities, foster partnerships and build capacity for implementation, coordinate all levels of government and across sectors, localize implementation and monitor and evaluate progress. We expect the plan to detail who is responsible for what, how implementation will work through existing and new processes, and key milestones. In this context, we will be looking for how the Government of Canada plans to make a whole-of-society approach to implementation meaningful in practice, particularly for communities at risk of being left behind.

2) A plan to leave no one behind

Canada’s 2018 report to the United Nations on its progress in implementing the 2030 Agenda stressed efforts to leave no one behind. The 2030 Agenda is not about shifting averages. Its success is rooted in progress for everyone, everywhere and governments will be judged on their ability to target the furthest behind first. We expect the national strategy to outline who is being left behind in Canada and abroad, matched by a clear roadmap for how Canada will engage and support the empowerment and leadership of those identified.

3) A national plan for global leadership

The consultation included a focus on the Canadian Indicator Framework to monitor progress on the 2030 Agenda and transparency and accountability. We expect the national strategy to include a transparent commitment to report on progress in Canada and globally. Canada’s SDG data portal is already a good practice in terms of providing Canadians with the latest data on SDG implementation. A timetable for more comprehensive reporting at national and global levels is now needed. We also expect to see provisions to review the national strategy itself, for example in 2025 and 2030, with a focus on lessons learned, success factors, course correction and future efforts. Finally, Canada’s 2030 Agenda National Strategy should spell out how elected officials, people living in Canada and independent bodies, such as human rights councils, will be engaged to ensure overall accountability for 2030 Agenda implementation.

Canada’s 2030 Agenda National Strategy has significant potential to help push the needle on sustainable development in Canada and lay the groundwork for a more inclusive, prosperous, environmentally friendly and collaborative society. We, along with many others, are ready to contribute to Canada’s whole-of-society approach to leave no one behind.

This opinion piece is part of the Good Practice in 2030 Agenda Implementation Series produced by the British Columbia Council for International Cooperation and Canadian Council for International Co-operation and funded in part by the Government of Canada’s Sustainable Development Goals Program. The opinions and interpretations in this publication are those of the authors and do not necessarily reflect those of the Government of Canada.